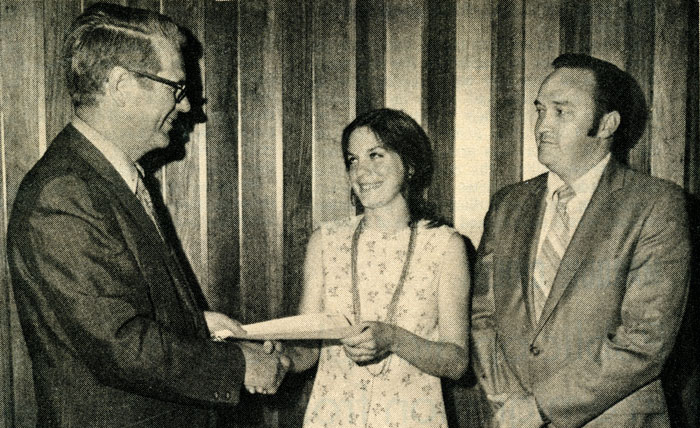 In 1971, Claudia Williams Taxel is the lone graduate of a small college in Rome, Georgia, in its infancy. She stands with the college president, David McCorkle, and the dean, Wesley Walraven, in a newly constructed building, as a photo is snapped for the local newspaper. Her two-year diploma in education is conferred, and she and her father, Floyd County Commission Chairman Charles Williams, pose together for another photo Claudia still has to this day.

This completes the college’s first full year. And Claudia is the first graduate. For her and the college, this would be the beginning of many firsts.

In Fall 1970, Floyd Junior College (now Georgia Highlands College) opened as a community college in Rome. Several members of the community and those who would eventually run the college worked alongside one another with help from local and state government officials, like Claudia’s father, Charles, to create the college. 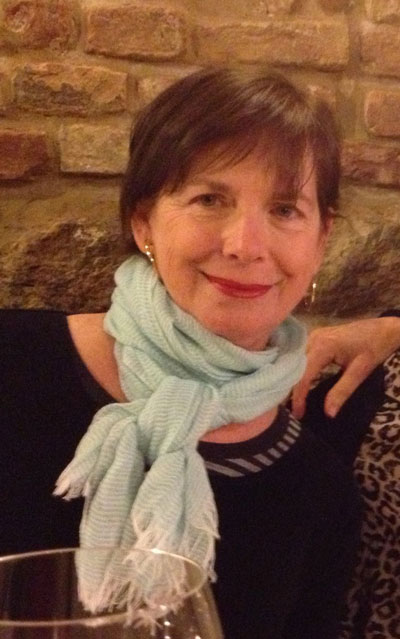 After graduating in 1971, Claudia, a Rome native who also attended West Rome High School, earned a master’s and a specialist degree in education from the University of Georgia.

She then turned her attention to the newly adopted statewide kindergarten program fostered by President Jimmy Carter, then Georgia’s governor. She said it was a “wonderful opportunity” to take what she had learned in college and apply it to a new kindergarten curriculum in Athens, Georgia, where she first started teaching.

But being a pioneer in what Georgia kindergarten programs across the state would eventually become wasn’t enough for Claudia—she was determined to innovate, as well.

Claudia says she found a storage room where she was teaching in Athens full of computers no one was using. She dusted them off and carted them down to her kindergarten class to use them in her curriculum. And the kids loved it.

Her use of technology in the classroom, of course, led to a whole lot more…

Meanwhile, back in Rome, Claudia’s alma mater received official accreditation from the Southern Association of Colleges and Schools; topped 1,000 students in enrollment; expanded its campus with additional academic buildings, a library, and gymnasium; and graduated nearly 150 more students.

Years later, Claudia was eventually recruited by John Henry Martin, who developed the Principles of the Alphabet Literacy System (PALS), a computer-based program used to promote adult literacy. She noted how her particular skills working with younger first-time learners in kindergarten allowed her to draw parallels to learning techniques needed to achieve the best results for older first-time learners using PALS.

As Claudia continued to pioneer new ways of learning and teaching, the college where her first college commencement took place was thriving and growing. By 1985, the college held a ceremonial bond burning, celebrating paying off the mortgage for its 233-acre campus 6 miles from Rome on Highway 27.

And in the years the college would celebrate its 20th anniversary, a second location would open in Cartersville while Claudia would find herself working for IBM in Atlanta developing computer-based educational programs used in K-12 classes across the country.

Claudia, now retired, went on to spend the last decade of her working years as an institutional coach for teachers in the Clarke County School System.

In that same time, the college would grow to over 6,000 students in five locations across Northwest Georgia with several two-year and four-year pathways.

To many, it will always be remembered as Floyd Junior College or Floyd College. In 1987 the word “junior” was dropped from all colleges that used it within the University System of Georgia, and then, in 2005, Floyd College changed its name to Georgia Highlands College with the addition of new sites in surrounding areas, like Cartersville, Dallas, Marietta and Douglasville.

Claudia, who now lives in Athens with her husband, says that though she was only at the college for a short time, she has fond memories of “friendly and warm” instructors and a “cozy atmosphere.”

For her, it was a great start for all she went on to do as a pioneer of technology in education in the state of Georgia.

In 2020, GHC will hold a celebration for its 50th anniversary and a special commencement ceremony for its 50th graduating class. For more details about these upcoming events, please visit: highlands.edu.